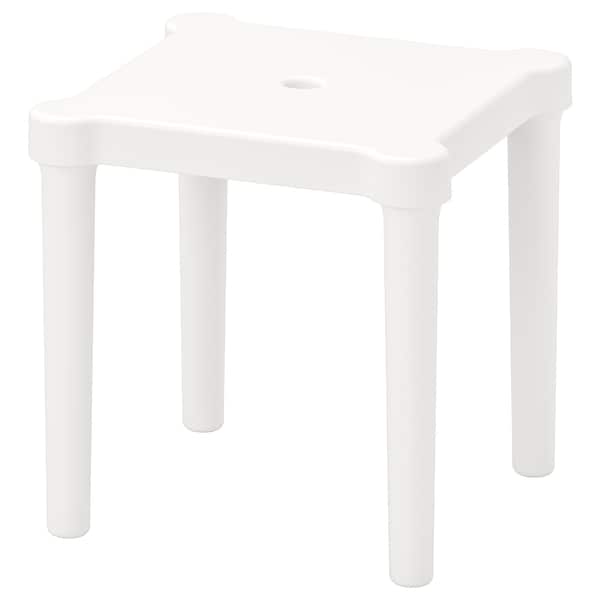 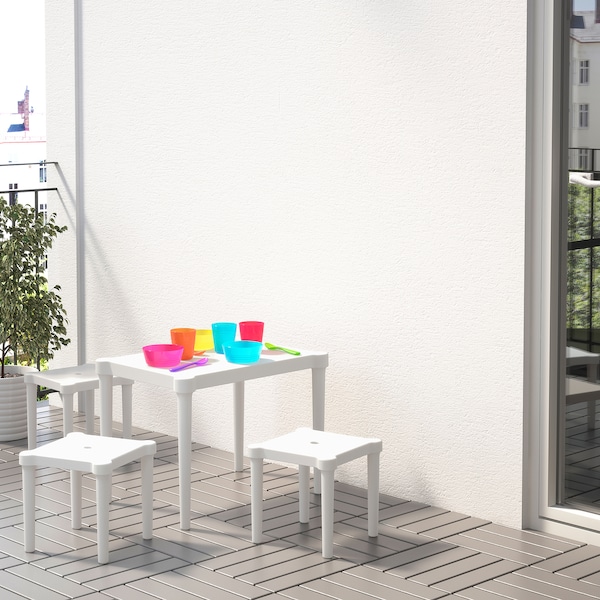 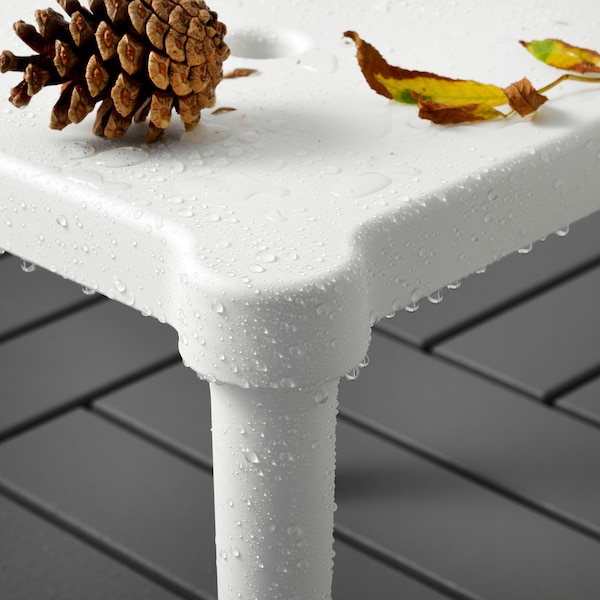 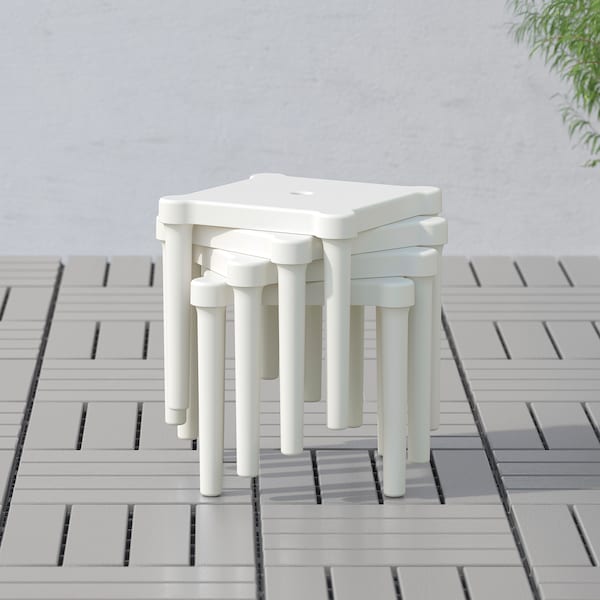 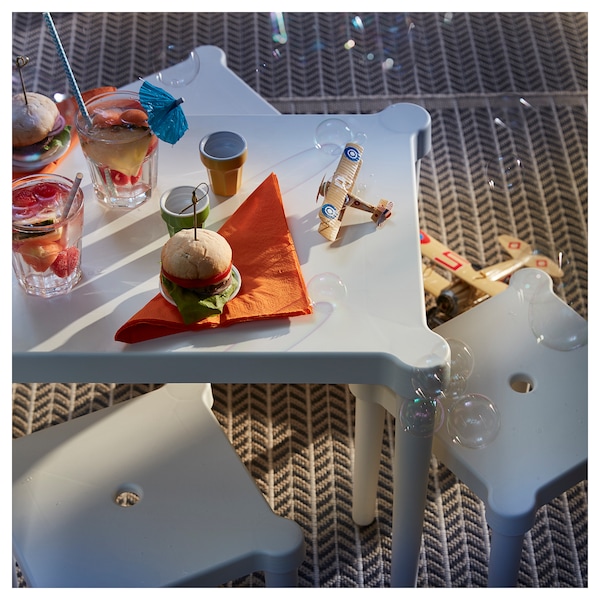 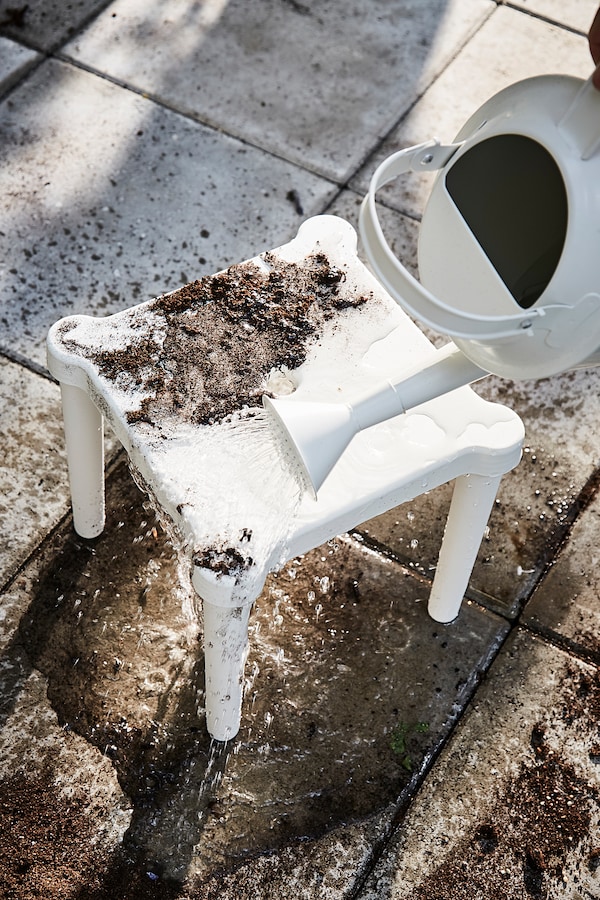 UTTER stool is just the right size for small bums and helps create a play/arts and crafts corner for your child – indoors or outdoors. Perfect to combine with the children's table from the same series.

Perfect for small children to sit at and play, draw, do crafts or set the table for a cosy picnic in the garden.The furniture is light but steady, and your child can carry them from room to room or out into the garden.Also perfect for outdoor use since it is made to withstand rain, sun, snow and dirt. Easy to assemble without tools or screws.Can be stacked to save space when not in use.Please refer to packaging label for country of origin.Recommended for ages from 3 years.May be combined with UTTER children’s table.Designer Product development can be challenging. Like when design duo Marianne Hagberg and Knut Hagberg were working on the UTTER children’s furniture. The brief: Make a fun product for children, which is also safe, of high quality and can be used for many years. This was challenging enough. But it wasn’t all. They could not use more than 2.5 kg of plastic. Now, that’s a real challenge!  Read More
The assignment description was simple and clear. The assignment itself a little bit trickier. But Marianne and Knut soon realized they already had suitable sketches which had laid around for a few years. “In this case, one can say that reality caught up with our ideas about a series of colourful children's furniture which is stable, encourages children's eagerness to play, and, for adults, are easy to handle and care for”, says Marianne. The table and stool have undergone tough tests to ensure that they’re safe. All parts are made of harmless polypropylene plastic, which also makes them easy to wipe off.

Easy to transport and assemble

The stable construction is made to withstand the sometimes harsh treatment from wild and cheerful play. The low price was reached, among other things, by adapting the furniture's design and packaging exactly to the size of our pallets, with no space left unused. “We also wanted it to be really easy to assemble UTTER. So we made a construction where each leg is threaded so that an adult can easily screw them on or off by hand. It's especially good if the children are eager to start playing”, says Knut.

“I think the best thing with UTTER is that we've managed to combine imagination and functionality into the same product. This is not a fad that quickly feels old, but durable furniture that children can play with year after year”, says Marianne.
Read less