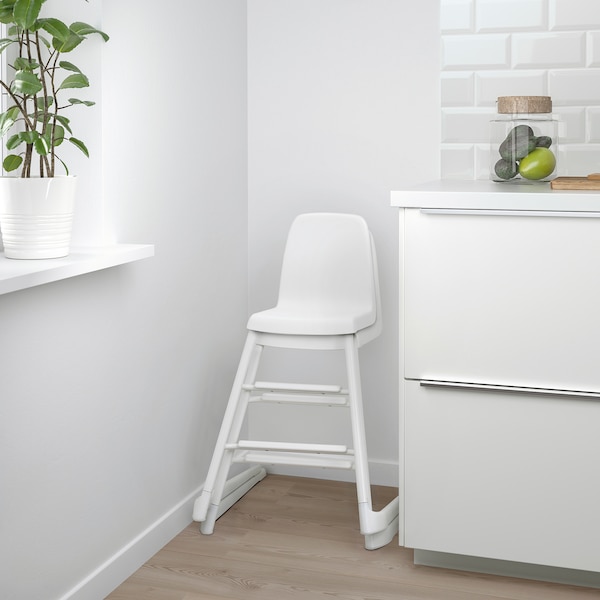 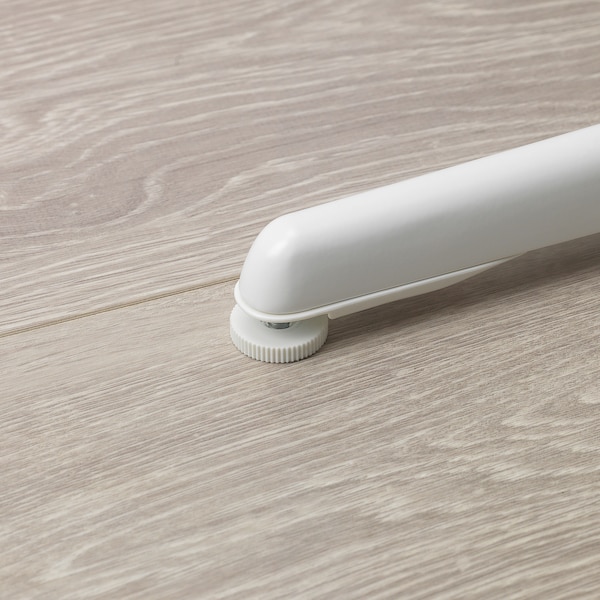 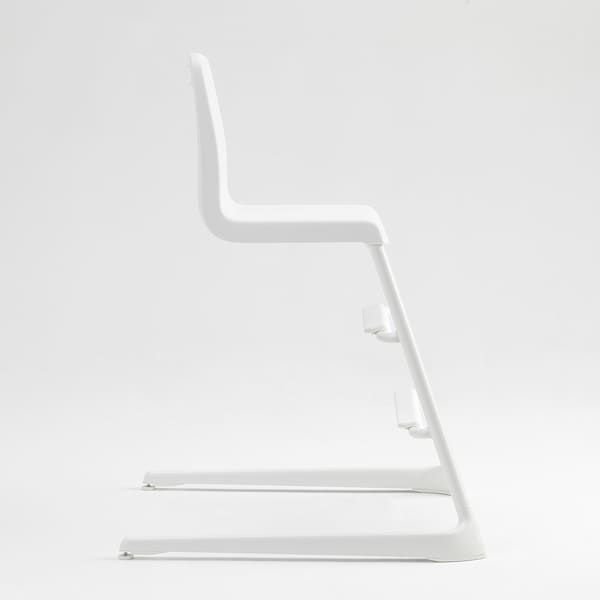 Too big for a highchair, but too short for a regular chair? Then a junior chair is perfect – high enough for the dining table, and with comfy support for the feet. Made for enjoyable dinners and crafting.

We know that children's skin is extra sensitive, but not to worry. This product has been tested, approved and is completely free from substances that may harm your child's skin or health.The junior chair’s height is perfect so that your child is able to sit at the dining table – meaning everyone can enjoy mealtimes together.Two footrests help the child to easily climb up and down from the junior chair, giving them more independence.The wide L-shaped frame creates a more open space around the chair and makes it stable, so that it doesn’t tip when the child climbs up to sit or climbs down from it.Stands steady on uneven floors because the feet are adjustable.You can stack the junior chair or push it under the table to save space when not in use.The smooth surface has no nooks and corners which are difficult to reach, which makes the chair easy to clean.Place KOLON floor protector under the child's chair to make cleaning up after mealtimes easier.Please refer to packaging label for country of origin.Designer A chair for small people and big moments

One way to learn things is to watch how others do. So if you have small children – let them join you at the dining table! That way, they can learn good eating habits while the family has cosy times together. It’s important that everyone sits comfortable, of course. When we created LANGUR highchair we made an insert that makes LANGUR suit the child over several years. But how could we avoid the annoying legs which are often in the way? The solution turned out to be L-shaped runners.  Read More
The designer Jonas Fritzdorf has three children of different ages. As a parent, there was one thing about highchairs that always bothered him. ”We tried many different functional highchairs, but all models had outward angled legs that we constantly ran into”. Jonas thought about solutions, but never had the time to see them through. Several years later, he was reminded of the problem.

”I sat in a restaurant and saw how the waitress time and time again bumped into the legs of a highchair. I thought it was time to bring those ideas to the drawing board again”. Jonas contacted IKEA. Luckily, our product developer Hanna Ahlberg was just about to look in to new highchair models. They started brainstorming together.

Highchairs with four legs often look the way they do because the legs must be angled outwards for stability. Jonas gave LANGUR a stable design using two L-shaped runners angled towards the chair's backside instead. Jonas and Hanna also developed an insert where the child sits secure and stable. When the insert is removed, LANGUR becomes a junior chair. Now Jonas's children have grown up and a highchair is no longer needed. ”But I think it was good that the ideas could mature a long time and that I didn't design this chair 'in the heat of the moment',” says Jonas smiling. ”It became a better chair by being the subject of an entire team’s focus and going through the safety tests which IKEA performs”.
Read less