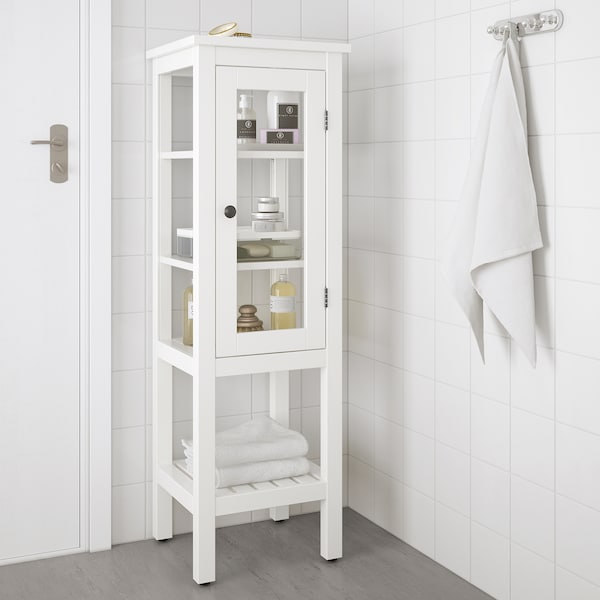 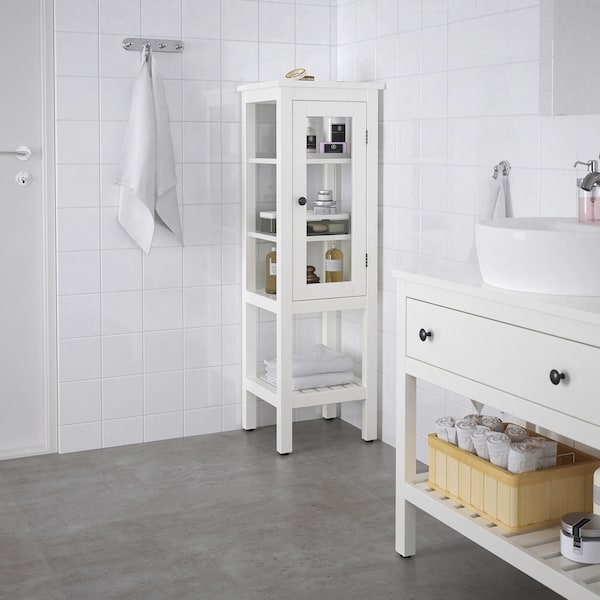 The glass door allows you to see your things, while protecting them from dust.Comes with an open shelf for storing things you want to be able to reach quickly and easily.You can move the shelves and adjust the spacing according to your personal needs.Perfect in a small bathroom.Please refer to packaging label for country of origin.2 adjustable shelves included.This furniture must be fixed to the wall or the wardrobe frame next to it with the enclosed wall fastener.Different wall materials require different types of fixing devices. Use fixing devices suitable for the walls in your home, sold separately.Designer 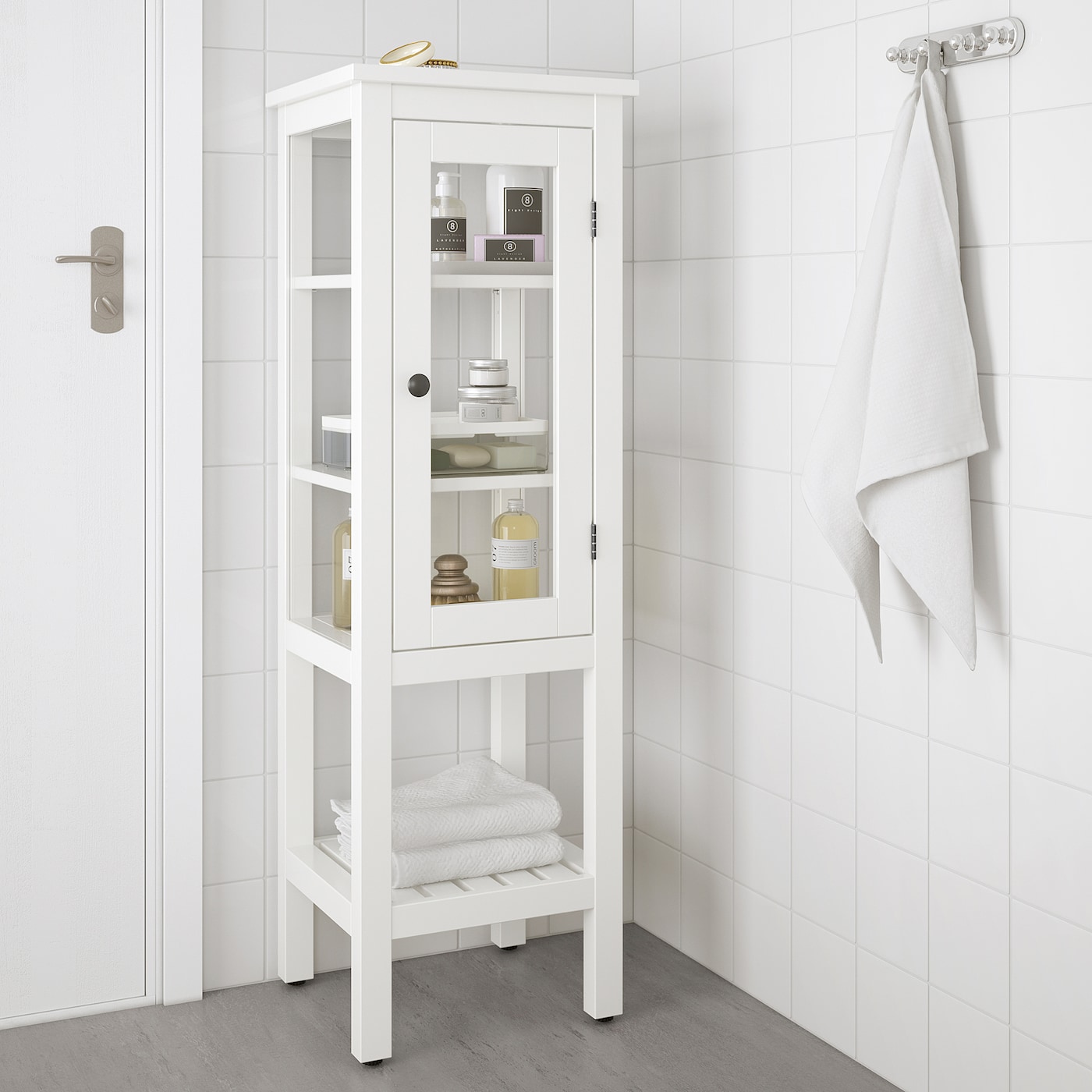 How we got help to develop HEMNES

What do you need in the bathroom to make it more convenient and better organised? Usually, we bury ourselves in research and reports to find out, but when we developed new products for HEMNES bathroom series, we decided to try something different. We invited people who normally don’t work with product development to co-create with us and find new and unexpected solutions.  Read More
“We formed an online group where the members got to take part of the whole process, from the idea stage to prototype testing”, says Karolina Hötzeneder who worked with the project. “This way we got suggestions and direct feedback from people who knows how to make the daily life work, but don’t work as product developers.”

The first post in the group was ‘What would you like to do with HEMNES?’ Nearly 30 suggestions were sent in. Lina Säfström was one of the most active contributors. She lives in a rented apartment in a small town in the south of Sweden. “I think I have the same needs as other people in my situation,” says Lina. “That’s why I suggested a space-efficient laundry basket that you can sit on. Comfortable when you brush your teeth or paint your toenails.”

The group got to vote for which solutions they should continue with. Lina’s idea became one of them. It later evolved into HEMNES storage bench. Apart from the storage bench, the group created three other products; an open wash-stand, a wall shelf and a high cabinet with glass doors. “This way of working has been a bit like playing ping-pong – ideas back and forth in a fast pace,” smiles Karolina Hötzeneder. “It has also shown that more people mean more ideas. And that you can solve more everyday problems when you work together.”
Read less

How we got help to develop HEMNES

When we developed new products for HEMNES bathroom series, we formed an online group and invited people who don’t work with product development to co-create with us. More people mean more ideas, and more ways to solve some of the everyday problems at home. That’s why the HEMNES series now also have a storage bench, an open wash-stand, a wall shelf and a high cabinet with glass door.