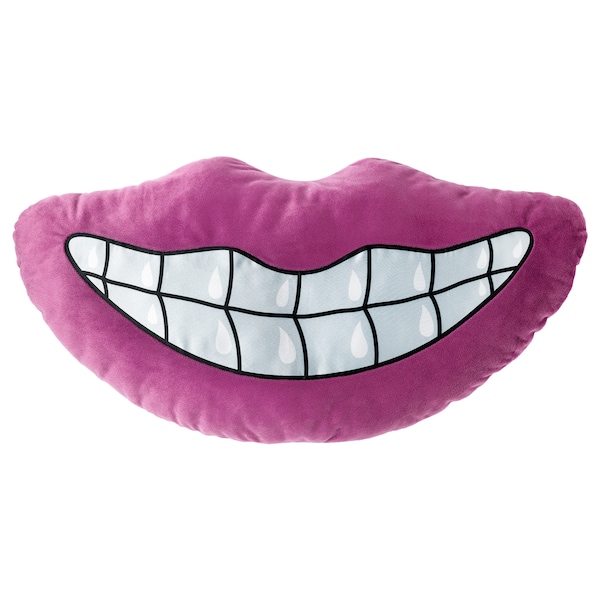 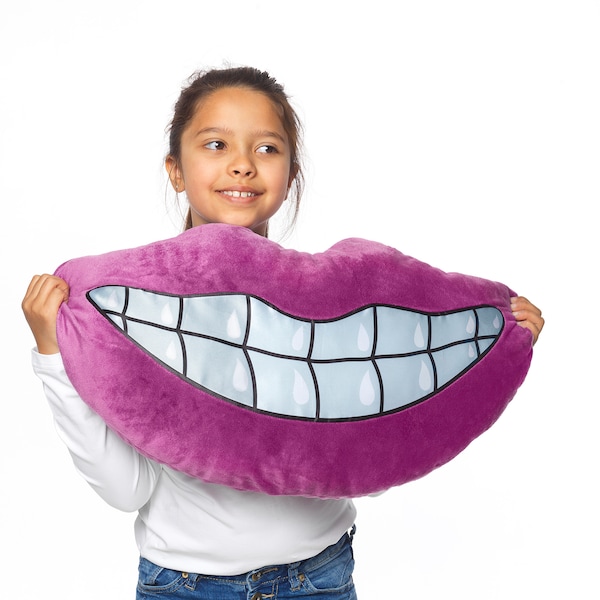 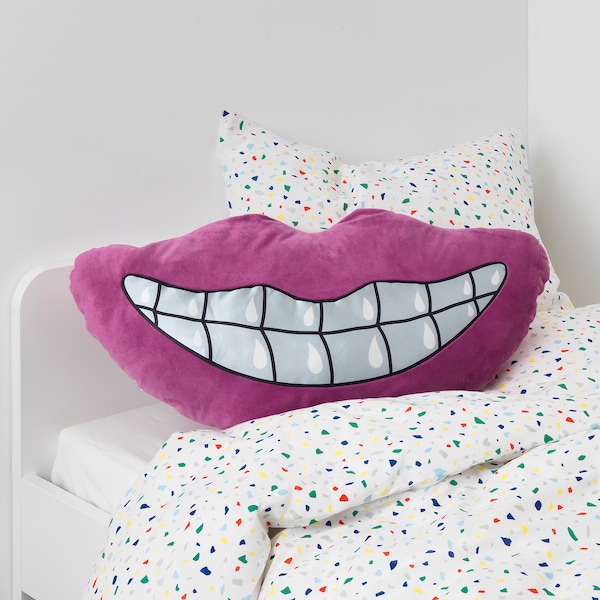 With this soft mouth you can spread joy all day long, and fall asleep with a happy smile in the evening.

"Play means everything to us. When we created the design for the LUSTIGT series, we started with a common idea and played until it was finished. We wanted to create a world where anything can happen, a changing pattern that stimulates curiously and the imagination - and which mesmerises children of all ages. We hope that you discover new things and possibilities all the time!" 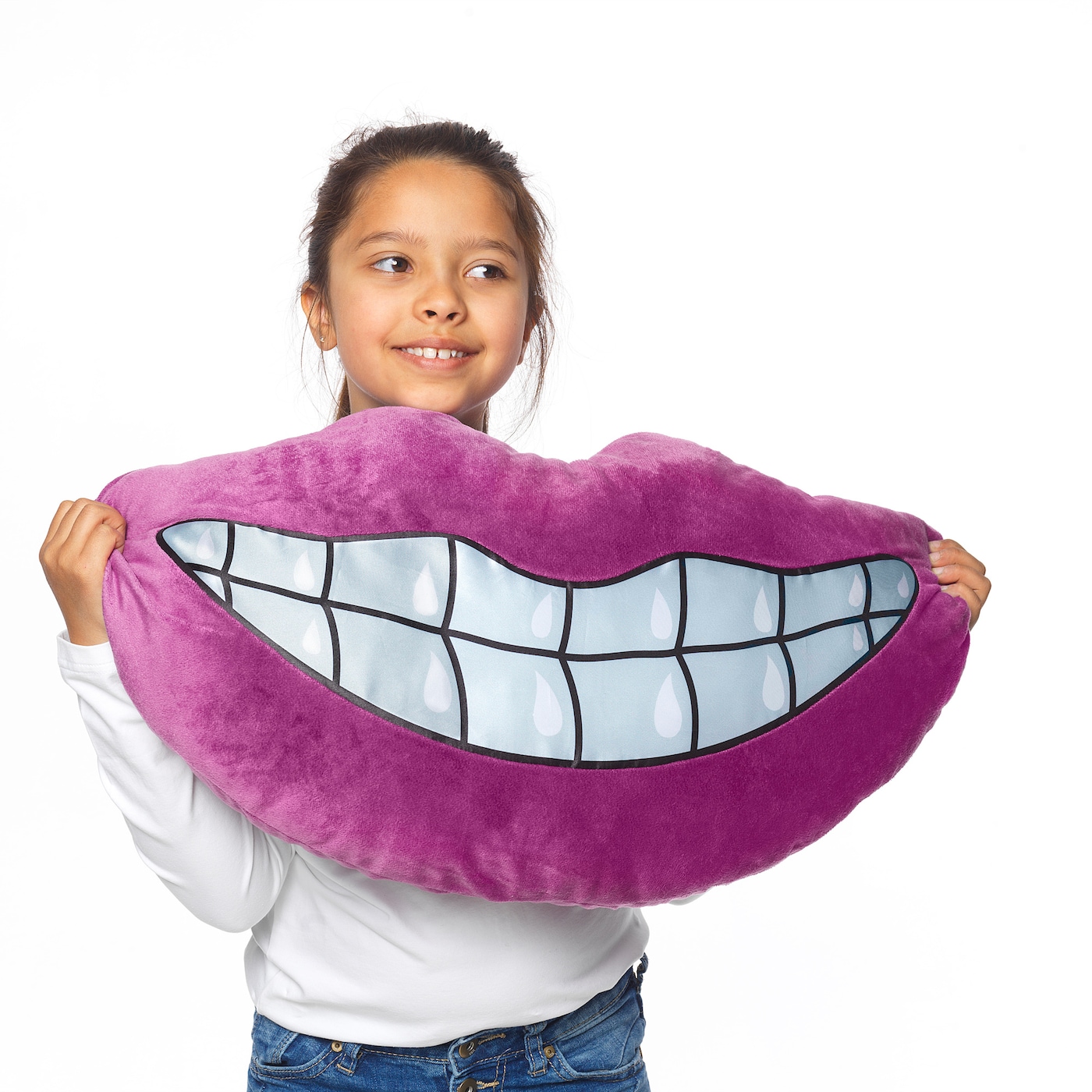 More play in life
With the LUSTIGT collection, we want to inspire more play and fun in life for all ages. There are various games and toys that make it a little easier for both children and adults to find time for play and togetherness in everyday life ─ regardless if it involves concentrating on a puzzle or a high-tempo game throwing touch and close fastening balls at each other. Children from across the world of all ages helped us ─ the real experts when it comes to play and fun.
Can you also remember those magical playtime moments when you were a child, when it felt like time and space just passed by without notice? Maybe you dived into a world of accelerating toy cars or kicked a ball around with friends until the sun went down? Play unites children across the world, and perhaps it’s needed now more than ever, says Amanda Lundqvist, who works at Children's IKEA. "In a time when both children and adults live a rather stressful existence, play involves undemanding moments when nobody needs to prove anything", says Amanda. "That's why we want to encourage more play in life." That was the background of how LUSTIGT came about, a wide-ranging play collection with something for all interests and ways of playing. The collection has puzzles, a weaving loom, a skipping rope with LED lights, boules with soft balls and a lot more to play with at home ─ even if space is limited.

There are eight designers in total who worked with LUSTIGT. One of them is Henrik Preutz, who focused on the more physical play and had some great help from his 7 year-old daughter to test his ideas for different games. "Just like all children, she has a lot of imagination and likes to make up her own rules", Henrik says laughing. "That's why I developed the boules game, dart game and other games in a way that allows you to play with them without having to stick to any predetermined rules." Henrik gets a lot of inspiration from his own everyday life with children, and wants to encourage more laughing and playing around at home. The touch and close game with balls is a good example. This game is all about putting on the touch and close fastening vest and quickly dodging the soft balls that your opponent is trying to hit you with. "It's great when you feel your heart pumping and forgetting one's busy everyday life for a moment", says Henrik.

From the perspective of children

At Children's IKEA, no products come by chance ─ we use the help of experts and the latest in research to understand children's development and needs. But we also listen to children themselves. Both children in our vicinity, like Henrik's daughter, and children from different cultures and places across the world. For LUSTIGT we had the help of children and groups in Helsinki and Shanghai who played with all the parts and then gave us honest and important feedback about them. But even if the children's perspective has been the most important factor in our work with LUSTIGT, we hope that the collection also attracts mothers, fathers and other adults to join in on the fun. "Research shows that both children and adults want to spend more time together", says Amanda. "If you can just find those little moments for play in a simple way, then I'm convinced that it makes everyday life so much better."
More in the LUSTIGT collection
More Soft toys